NEW YORK, NY – In its second demonstration in 2 weeks, a small enthusiastic group of dedicated volunteers spent last Saturday afternoon in front of the Whole Foods Market (NASDAQ: WFMI) in New York’s Columbus Circle. This protest follows a similar one held in Los Angeles the previous Saturday. The demonstrations against Bolthouse Farms were because of a $100,000 contribution by William Bolthouse, Jr. to California’s Protect Marriage – Yes on Proposition 8 Campaign.

Demonstrators handed out “Don’t Buy Bolthouse” flyers to hundreds of shoppers, and were well received by the curious New Yorkers. Whole Foods is the anchor business of the spacious Time Warner Center. The store is 68,000 square feet and widely considered to be Whole Foods’ flagship store. Whole Foods carries Bolthouse Farms Drinks in two separate sections of this store. 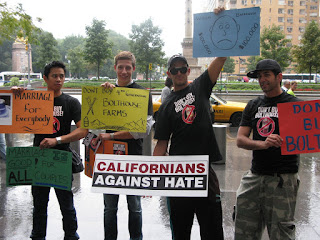 William Bolthouse’s huge financial support was one of the main reasons that this constitutional initiative qualified for the November 4th ballot. His money helped enable Protect Marriage to hire hundreds of paid professional petition circulators to collect the signatures necessary to qualify this initiative for the ballot. If passed on November 4th, Proposition 8 would eliminate same-sex marriage in California. 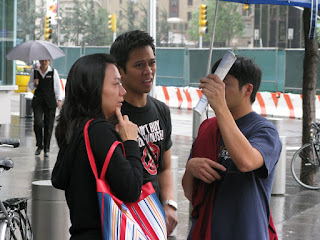 “We will continue to work hard to get the message out to the gay and lesbian community and our millions of friends, family members, neighbors and co-workers all over the United States to “Don’t Buy Bolthouse. More demonstrations are planned around the country in the weeks ahead. Everyone across this the United States will be aware of Mr. Bolthouses‘s $100,000 contribution to eliminate marriage in California,” said Fred Karger, Campaign Manager of Californians Against Hate, which organized Saturday’s New York demonstration and one the weekend before at Ralphs Supermarket in Los Angeles.

There are many other juices, carrot brands, coffee drinks and salad dressings available without the Bolthouse name attached. Right next to the Bolthouse drinks at Whole Foods you can choose from Odwalla, Purity, Naked Natural Energy, Jamba and Evolution. Lots of options – just “Don’t Buy Bolthouse.”Check out our new web site for more on “Don’t Buy Bolthouse” http://www.dontbuybolthouse.com/

“William Bolthouse’s $100,000 contribution is an insult to gay and lesbian Americans,” concluded Karger. Why should we spend our hard-earned money buying Bolthouse Farms’ products only to have it used against us?”

On September 20, 2008, Fred Karger released a letter explaining our actions and the reasons for “Don’t Buy Bolthouse” in a letter that was faxed to Bolthouse Farms Chairman, Andre Radandt (William Bolthouse’s son-in-law). A copy of the letter can be found at:
http://www.dontbuybolthouse.com/letter.html 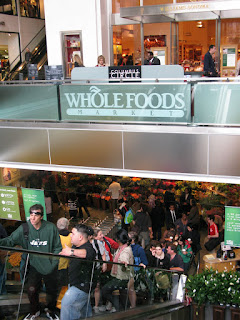 The Entrance to Whole Foods Flagship Store on Columbus Circle