Here is what Fred Karger, Founder of Californians Against Hate announced at his News Conference on Wednesday, February 11th.

Take a look at the graph below. It breaks down the spending report by week that the Church of Jesus Christ of Latter-day Saints (Mormon Church) turned in to the California Secretary of State on January 30, 2009. According to their campaign report, nearly all of their spending occurred during the last week of the Proposition 8 campaign.

The First Presidency of the Mormon Church, Thomas Monson announced their active participation back on June 29, 2008, and that’s when the Mormon Prop 8 Campaign went into full swing. They raised upwards of $30 million from their members, ran all the Yes on 8 advertising, and set up the biggest door-to-door statewide voter outreach effort that California may have ever seen. They also ran phone banks in California and several other states, created an elaborate web site www.preservingmarriage.org with 13 very slick commercials and videos, bussed in thousands of people from Utah and sent out lots of direct mail.

The Church finally reported spending $190,000 in non-monetary contributions when it filed its very
late financial disclosure report on January 30, 2009 – 3 months after the election date of November 4, 2008. We know that all of their activity did not take place just during the last 7 days of the campaign. There appear to be lots of financial information missing on the report that the Mormon Church belatedly filed.

Where is the money that they spent during the summer and early fall? They only reported spending $1,100 in September? Much of even what they reported is still very late. And a Church spokesperson even told the Salt Lake Tribune just last week that the $96,000 in staff salaries they reported for November 4, 2008 really covers Church employees salaries going all the way back to August 2008. It sure is not reported that way.

Take a look at the graph and judge for yourself. It appears to us that there is a cover-up, and that the Mormon Church has not told the whole story of their massive financial involvement on behalf of Californian’s Prop 8. That is why we are calling this Mormongate.

The point of campaign finance reporting laws is so the voters have all the information on who gave how much and when to an election before we vote. The Mormon Church clearly tried to hide their financial participation until well after the votes were cast. 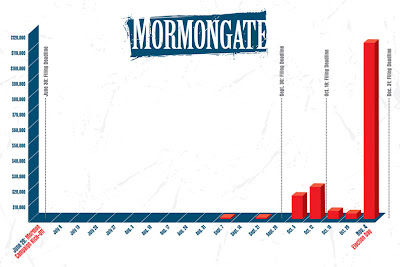 We Need Your Help

If you have any information on Mormon Church spending anywhere in the country that occurred during the summer and fall leading up to the November 4th election, please let us know.

We have set up a toll-free TIP LINE and email address for people to contact us with any tips on what campaign activities the Mormon Church conducted that might not have been included in their report to the California Secretary of State.

If you know of phone banks set up at Mormon Churches, mailers sent out, meetings held or any other information re the Church’s spending on Prop 8 please let us know. The telephone number and email address are below. Any information that you want to pass along will be kept strictly confidential and will be used to file a second complaint with the California Fair Political Practices Commission (FPPC). The FPPC is in the middle of an active investigation of the Mormon Church right now. Californians against Hate filed its first complaint on November 13, 2008 which led to their investigation. 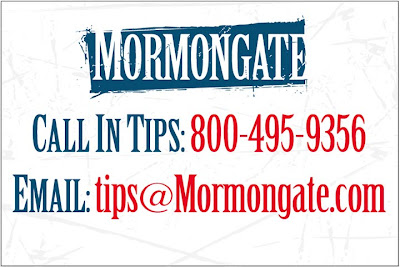 Last Wednesday, we launched a boycott of Ken Garff Automotive Group because or Mrs. Garff’s $100,000 contribution to the Yes on 8 campaign one week before the election. At the Salt Lake press conference the request was made for Fred Karger to meet with Ken Garff Automobile Group President John Garff to try and mediate the situation. After a two-hour meeting both sides agreed to work on a proposed agreement which would potentially end the boycott. That is in the works and when there are any developments, we will let you know. 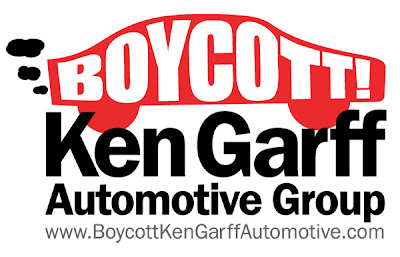 President Clinton and the Manchester

When President Clinton went to speak to the International Franchisee Association Convention yesterday in San Diego, he was greeted by hundreds of protesters. He crossed the picket line at the Manchester Grand Hyatt which has been under a national boycott since July 18, 2008 when Californians Against Hate and UNITE HERE Local 30 led the effort against hotel owner Doug Manchester. Manchester gave $125,000 in early seed money to qualify California’s Proposition 8 for the ballot.

We along with 7 other Labor and LGBT leaders took out an ad in the New York Daily News online last week with an open letter to President Clinton asking him to move his speech to another location. When this request was not honored, we took to the streets.

And Mike Tidmus has a great story and photos on his blog: http://www.miketidmus.com/blog/2009/02/15/showdown-at-the-manchester-hyatt/

Brother or Sister Can You Spare a Dime?

We hate to ask for financial help, but we could use some. If you like what we’re doing, please send what you can. Simply go to our home page at Californians Against Hate – click here Then in the upper right hand corner where it says Donate (in red), click on it and send what you can. We have lots of ambitious plans to continue to shake things up. Please back us. We are an all volunteer effort, but do incur some pretty hefty expenses. And with your generous help, we can take on more. Thanks!

Be Sure and Visit Our Blog

For the latest and greatest news and information from Californians Against Hate check our our Blog: http://californiansagainsthate.blogspot.com/