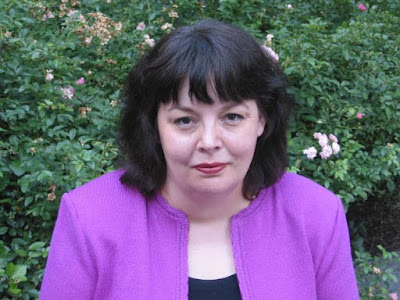 Maggie Gallagher’s National Organization for Marriage (NOM) Refuses to Turn Over Its Federal Financial Records as Required by Law.

Californians Against Hate began requesting your 990s (IRS non-profit tax filings) over three months ago, Maggie. You have not responded as required by law. We visited your national office in Princeton, N.J. twice to view the Form 990s, and sent our requests there by certified mail. 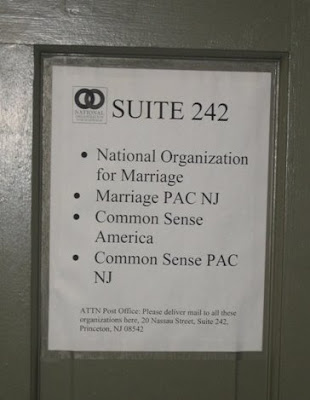 Someone at that address signed the US Postal Service receipt on April 25, 2009 (see copy below). You then had 30 days to comply with our request, but you still have not sent us your federal tax flings for 2007 and 2008. 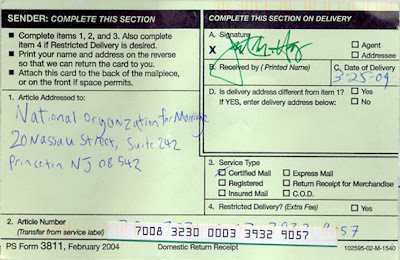 We have also been to your “office” in Manassas, VA, and no forms there either, Maggie. It looks to be the home of your Treasurer, Neil Corkery. The Corkerys are apparently traveling around the world, and again, the forms are not available for public inspection as required by federal law.

What are you hiding, Maggie? Tell Us the Truth!

Is it all the involvement by the Church of Jesus Christ of Latter-day Saints (Mormon Church) in creating and funding the National Organization for Marriage, Inc.? That is exactly what the California Fair Political Practices Commission is investigating (Case # 08/735) right now.

Since you have not complied with public disclosure laws for your 501(c)4 non-profit corporation for NOM, we have taken the liberty of preparing an invoice showing just how much you owe the United States Treasury as of today for refusing to release these documents.

Re: Fine for Nondisclosure of Federal 990 Records

National Organization for Marriage a 501(c) 4 Corporation has failed to file with the Internal Revenue Service and make its federal forms available to the public after repeated requests.

Due and Payable to: Internal Revenue Service

$1,840.00
This is not an actual Internal Revenue Service Invoice

As you are probably aware, the IRS fine for noncompliance is $20.00 per day for every day that you do not turn over your records up to a total of $10,000. For the 92 days so far, you owe the United States Treasury $1,840. While that won’t put much of a dent in the national debt, it is what you owe the government so far in fines. Frankly, Maggie, we are tired of waiting, and are exploring other actions to force the release of your filings.

Is NOM Even a Legal Entity?

In another very interesting development, we received a letter from the IRS last week in response to the request that we filed with them on May 6, 2009 for your Form 990s. The IRS said that, “we have no record of any organization by the name (National Organization for Marriage, Inc.) or address ( 20 Nassau Street, Ste. 242, Princeton, N.J 08542). Now, can you explain that?? They do have a record of your Educational Fund, the 501(c)3, but that apparently was just established last year. NOM, Inc. was established in May 2007 to get Prop 8 on the ballot, so there should be 2 annual filings available on NOM, Inc.

Here’s the copy of the IRS letter: 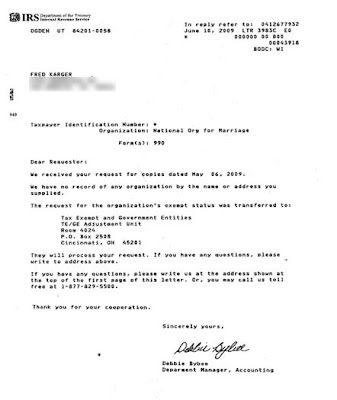 Maggie, why don’t you do the right thing and release your 2007 and 2008 form 990’s? Just what is in there about your funding and expenditures that you don’t want people to see?

A recent Washington Post story had this to say about the Mormon Church’s involvement in the same-sex marriage battles in six Northeastern States.

Mormon officials have tried to stay out of the controversy that followed the California vote, when the church’s prominent role in the marriage fight became clear. A spokeswoman in Salt Lake City declined to say whether the church is involved in debates going on in states such as New Jersey and New York, except to say that leaders remain intent on preserving the “divine institution” of marriage between man and woman. The faith holds that traditional marriage “transcends this world” and is necessary for “the fullness of joy in the next life.”

Well, Maggie it’s not so divine for you to stonewall your financial records.

That Admission by the Mormon Church
Raises Many More Questions

Who is paying for your multi million dollar TV campaign? Who is funding your $500,000 New York State PAC? Your California PAC? Who is paying for all the direct mail robo-calls and millions of direct connect calls in New York alone? Where did you get the $6 million that you admit to spending as reported this week in your hometown newspaper, The Journal News:
LoHud.com ?

How much are you and your executive director Brian Brown getting paid? Is the Mormon Church paying you directly or through another one of your other organizations like the Institute for Marriage and Public Policy

Is the Mormon Church producing all of your slick new commercials? Your controversial and often maligned A Gathering Storm commercial that was made using actors pretending to be real people was chock full of Mormon actors, mostly from Arizona. Most of the bad actors on your audition tapes appear to be Mormon as well. We have that documented.

Just how much money is the Mormon Church spending now to fight same-sex marriage in at least 7 states? Mormon families spent close to $30 million in California to pass Proposition 8 last year. The Mormon Church has likely spent tens of millions of dollars directly throughout the country on all their efforts to stop gay marriage since they hired the world’s largest PR firm, Hill and Knowlton, in 1988. It even appears that the Mormon Church, through its Public Affairs Committee, was monitoring same-sex marriage activities and involved in Canada as well.

We know that the Mormon Church has not been truthful about all of its involvement in opposing same-sex marriage for 20 years. We have seen ample evidence of this in the Church documents that we received.

When we filed our complaint with the California Fair Political Practices Commission last November, Mormon Church officials first said they spent “zero dollars on Prop 8.” Then 3 months after the election, they finally admitted to have made $190,000 in non-monetary contributions. Nearly all of that was supposedly spent the week before the election.

They later changed their story again, saying that the $117,000 reported in Salt Lake City staff time ($96,000) and facilities’ usage ($20,500) was not actually spent just on election day as they had reported to the California Secretary of State. According to Church spokesman Scott Trotter, the staff time included work between August and November. Well, then shouldn’t there have been other expenditures in August or even July and September? Come on Maggie, tell the truth!

The Mormon Church announced its active participation to pass Proposition 8 in the now famous letter read from Thomas S. Monson, President of the Church. This rare act took place on June 29, 2008, and was read to every Mormon in the Western United States. President Monson called on all Mormons to give of “your time and your means to pass Proposition 8.”Well, it worked. As we now know, the Mormon Church took over every aspect of the Yes on 8 campaign, and was largely responsible for its passage.

Please, Maggie, tell America the truth for once about where your millions of dollars are coming from. We are a country of laws, and we have the right to know.

Please Help Us Keep Up the Fight Against NOM.
Click on This Link Below to Contribute!

1 thought on “Where’s the Money, Maggie?”