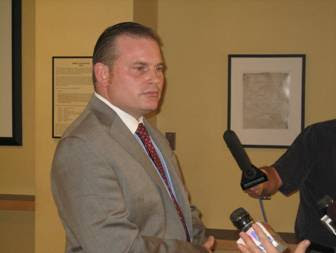 I was personally attacked last Friday by Brian Brown in an email to his over 500,000 supporters and in a NOM press release. Brian is very unhappy that his organization is now being investigated by Maine, its second state, and lashed out at me.

I felt it was necessary to respond to Brian’s tirade.

I have recently been subpoenaed by Maggie Gallagher and Brian Brown and their Magical Mysterious Mormon Front Group, the National Organization for Marriage (NOM).

NOM and its law firm, Bopp, Coleson and Bostrom of Terre Haute, Indiana, have been viciously attacking me for over 15 months, with all the power of an over $12 million organization, simply because I am after the truth.

NOM heads, Maggie Gallagher and Brian Brown do not like the truth. They both claim to be protecting marriage and children. They are both doing just the opposite.

Their creator, the Church of Jesus Christ of Latter- day Saints (Mormon Church) has led the national battle against LGBT civil rights in this country for over 20 years. They have repeatedly lied and covered-up the truth, while harming millions of gays and lesbians.

This cruel trio is on the brink of finally getting caught. If California and Maine, the two states that are currently investigating them, find that all their deception was done willfully and with intent, then this merry band could face criminal charges and be hauled off to jail.

Maine joined California last week in a courageous vote to investigate NOM. The

State of Maine Commission on Governmental Ethics and Election Practices stood up to NOM’s threats of legal action at a very emotional meeting in Augusta last Thursday. By a 3 to 2 vote the Commission agreed with the complaint that I filed, and felt that there were too many inconsistencies and unanswered questions. They voted to investigate the National Organization for Marriage.

By giving $250,000, NOM is by far the biggest contributor to Question 1 on the November 3rd ballot in Maine. They have not disclosed any of their donor’s names, nor filed as a PAC. Question 1 would take away the recently granted right for same-sex couples to marry in Maine. If it passes, NOM will succeed in banning same-sex marriage in the 31st state.

NOM’s attorney, Barry Bostrom, claimed at the hearing that the Maine election law could be unconstitutional, and thus threatened to sue the state just as his firm has done in California. Bostrom’s firm filed suit in federal court against every major California election official earlier this year after the California Fair Political Practices Commission decided to investigate NOM’s creator, the Mormon Church.

What’s wrong with these people? Why are they working so hard to harm so many? What is their true motivation? Why do they continue to lie and cover-up at every turn?

Well, I for one am fed up with their whining about being the victim here, when in fact, the very opposite is true. They raise millions and millions of dollars to take away the rights from a minority. They beat down people and cast an entire minority as 2nd class citizens – not equal to them.

They hide their federal tax returns for two years until just before Thursday’s hearing in Maine. NOM’s IRS 990 filings for 2007 and 2008 magically appeared on its web site during the wee hours of Thursday morning. I got tipped off right before the hearing, and I was able to point out the truth to the Ethics Commission. Commission members questioned Brian Brown about that. He said that he wasn’t sure when they were posted. And still no sign of the NOM 501(c)3 Educational Fund’s (Tax ID Number 26-0240498) 2008 return. So,

Mr. Brian Brown and Ms. Maggie Gallagher, I am asking both of you to sign the oath below, in the hope that from here on, you will change course and tell the American public the truth about where all your money comes from and all that you are doing. It’s a simple oath, and one that you might recognize.

I do solemnly swear to tell the whole truth and nothing but the truth, so help me God.

You both are parents. Show your children that they can be proud of you, and that you will change your ways and conduct all your activities with truth, openness and integrity.

Californians Against Hate live by this golden rule, and we hope that you and your backers will agree from this day forward to fully comply with the oath posted below.

I await your reply.

OATH FOR
NATIONAL ORGANIZATION FOR MARRIAGE

I do solemnly swear to tell the whole truth and nothing but the truth so help me God.