Thanks to the great leadership of Unite Here Local 30, the hotel workers union, an incredible “Walk for Equality” was held last Saturday evening, December 6th in San Diego. The demonstrators gathered to protest against two of the biggest contributors to Yes on Prop 8 campaign, which ended marriage equality just one month ago. The March began at $693,000 mega donor Terry Caster’s A-1 Self Storage http://a1storage.com/ brand new downtown location on Pacific Highway. Over 100 marchers then headed the 1.7 miles to $125,000 Yes on Prop 8 major donor Doug Manchester(’s) Grand Hyatt Hotel http://www.dougmanchester.com on Harbor Drive. Boycotts have been called by Californians Against Hate against both businesses because of their owner’s huge contributions to Prop 8.

Brigette Browning, President of Unite Here Local 30 addressed the crowd outside A-1 Self Storage at 5:00 pm. There was a wonderful mix of gay and straight demonstrators. There were families, same-sex couples who had gotten married over the summer before Prop 8 passed and lots of Unite Here members arriving after work. There was amazing energy and excitement as both boycotts continue to pick up steam.

The Saturday demonstration served as Terry Caster’s Grand Opening, since his downtown A-1 Self Storage facility opened the day before. http://www.a1storage.com/self_storage/San_Diego_Downtown_CA/zip_92101/a-1_self_storage/441

Here’s the demonstration coverage from the San Diego Union-Tribune: http://www.signonsandiego.com/news/metro/20081207-9999-1m7b2briefs.html

Thanks go out to Unite Here’s Political Director, Dan Rottenstreich, who has been directing the Manchester Grand Hyatt Boycott and organizing demonstrations on a near weekly basis.

Yes, that was a laser projecting a giant “BOYCOTT” on the side of the Manchester Grand Hyatt. It ran a full 8 stories on the side of San Diego’s biggest hotel. There are great pictures of this and the full demonstration on our blog: http://californiansagainsthate.blogspot.com

Several big conventions have left the Manchester property as the boycott enters its 6th month. http://www.boycottmanchesterhotels.com

Lots of people are going to the Yelp web site to voice their concern about Doug Manchester’s huge and early support of Prop 8. Here are the Yelp links to his two hotels. Leave a comment re how you feel about his $125,000 contribution to take away equality. Here are the links for the Manchester Grand Hyatt and his other hotel the Grand Del Mar:
http://www.yelp.com/biz/manchester-grand-hyatt-san-diego
http://www.yelp.com/biz/the-grand-del-mar-resort-san-diego

Just after Californians Against Hate called for a boycott of Terry Caster’s A-1 Self Storage Company, Terry Caster put in a separate phone line to field all of the calls coming into to him. Terry Caster owns, A-1 Self Storage. You won’t believe what this guy says to “explain” his homophobia. It’s MUST CALL FOR ALL. He only goes on for 2 minutes and you can leave Terry Caster a recorded message if you are so inclined. You have never heard anything like this before. You will not believe what this man has to say in his own defense. Call right now before he takes his rant off.
Here’s the number: 619-287-2740

Ten days after Californians Against Hate filed its sworn complaint against the Church of Jesus Christ of Latter-day Saints, the FPPC announced that it would investigate the failure of the Mormon Church to report what we estimate to be hundreds of thousands of dollars in non monetary contributions to the Yes on 8 campaign.

This unprecedented investigation of one of the most secretive organizations in the world will begin soon. When the complaint was filed a Mormon Church spokesman said that they had complied with all California election laws on the advice of their California political attorneys. He said they filed four separate non monetary reports. We could only find one, and it was not filed until November 1, 2008 – just 3 days before the election. It was for only $2964. Not a lot of money compared to the New Jersey based National Organization of Marriage $210,634,75 or James Dobson’s Colorado Springs based Focus on the Family which reported $83,790.00 in non monetary contributions.

After the investigation was announced, another Mormon spokesman said that they would send all appropriate information to the FPPC. Then in a San Francisco Chronicle story a few days later, they changed their story again, and said that they did not need to report any non monetary contributions, only their members needed to report contributions. Should be interesting.

If you have any information about any expenditures that were made by the Mormon Church directly during the Prop 8 campaign, please forward it on to us. We will not indicate where we received the information, and it will be held in the strictest confidence. You can email us at: info@californiansagainsthate.com or by phone: 619-592-2008 Thank you!

California’s fair-elections commission is investigating a complaint against the Mormon Church’s role in campaigning for Proposition 8, which made marriage illegal between people of the same sex. Based on the facts that have come out so far, the state is right to look into whether the church broke state laws by failing to report campaign-related expenditures.Skip to next paragraph
Proposition 8, which California voters passed on Nov. 4, overturned a ruling by the California Supreme Court and wrote discrimination against one particular group of people into the State Constitution. After it passed, tens of thousands of people rallied in cities across the country in support of same-sex marriage. The California Supreme Court said recently that it would review whether Proposition 8 was constitutional.

Mormons were a major force behind the ballot measure. Individual church members contributed millions of dollars and acted as campaign foot soldiers. The church itself also played an unusually large role. Michael R. Otterson, the managing director of public affairs for the Church of Jesus Christ of Latter-day Saints — the full name of the Mormons’ church — said that while the church speaks out on other issues, like abortion, “we don’t get involved to the degree we did on this.”
Fred Karger, the founder of a group called Californians Against Hate, who filed the complaint, contends that the Mormon Church provided significant contributions to the pro-Proposition 8 campaign that it did not report, as state law requires. The Fair Political Practices Commission of California is investigating, among other things, commercials, out-of-state phone banks and a Web site sponsored by the church.

If the commission finds that the church violated state reporting laws, it could impose penalties of up to $5,000 per violation, and sue for additional amounts. The Mormon Church, which says it is sending information to the commission, says it did nothing wrong.

Churches, which risk their tax-exempt status if they endorse candidates, have more leeway in referendum campaigns. Still, when they enter the political fray, they have the same obligation to follow the rules that nonreligious groups do.

More Articles in Opinion » A version of this article appeared in print on November 29, 2008, on page A22 of the New York edition.

Roman Porter, Executive Director of the FPPC sent in a letter to Californians Against Hate telling of their decision to investigate the Mormon Church for possible campaign reporting violations. The news of the investigation received international media attention. Here are 6 links to just some of the coverage. Many other stories are up on our blog.

The Two Largest Individual Contributors to Yes on 8

We came across these rare photos of the two largest Yes on 8 individual contributors, California’s own Howard “Howie” Ahmanson, Jr. and Philadelphia resident John Templeton, Jr. These two men both inherited vast fortunes from their highly successful fathers and have used that money for many years against gay and lesbian civil rights. What possess someone to give $1,395,000 – Ahmanson and $1,100,000 – Templeton to take away the rights of a small minority and write discrimination into the California Constitution? We’re not sure, but we have a pretty good idea. 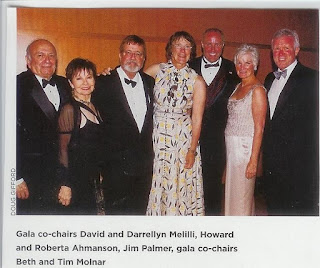 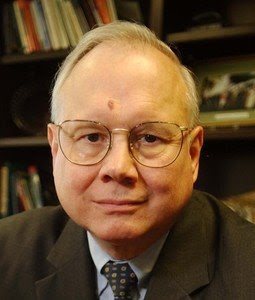