The organization trying to overturn Maine’s same-sex marriage law, Stand for Marriage PAC recently turned in 100,000 signatures to place the question on the November ballot. These gay marriage foes hope to repeal LD 1020 — the law passed by the Legislature and signed by the Governor allowing same-sex marriage in Maine.

Of the $343,689.50 raised to pay the Brighton, Michigan based National Petition Management, Inc. to collect the signatures, only $400, or a mere .001 of that total came from individuals. The remaining $343,289.50 was given by various religious organizations and James Dobson’s Focus on the Family. The National Organization for Marriage (NOM) gave nearly half of that total, $160,000. The remainder came from Catholic organizations ($150,000) and James Dobson’s Focus on the Family ($31,000).“It sure looks like they are trying to hide the donors in their latest effort to strip away marriage equality,” said Fred Karger. “ There is no way these organizations like NOM and the Roman Catholic Diocese of Portland had all this money sitting in their treasuries (except for possibly Focus on the Family). They went out and raised it expressly for this campaign. It’s very expensive to hire these signature gathering firms to collect 100,000 signatures in a short period of time.” 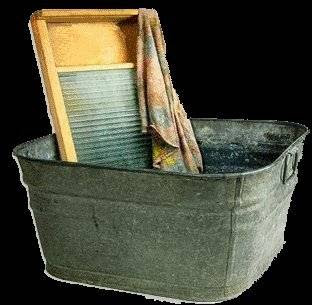 NOM is a Mormon Front Group

There is an ongoing investigation into the Church of Jesus Christ of Latter-day Saints (Mormon Church) by the California Fair Political Practices Commission (FPPC Case #08/735). The FPPC is looking into both the Church’s lack of reporting its non-monetary contributions to Prop 8, and also whether NOM was, in fact, established as a front group by the Salt Lake City based Mormon Church. The Mormon Church has used this tactic in several states beginning in Hawaii in 1996.

In a letter to Jonathan Wayne, Executive Director of the Maine Commission on Governmental Ethics and Elections Practices (letter copy below), Karger warned of suspected money laundering by the major donors to Stand for Marriage PAC.

It begs the question; are they directing all contributions to their existing organizations, who in turn then give the money to Stand for Marriage PAC?,” Karger asked in today’s letter. “We are very familiar with how this coalition operates, and we want to warn the political leadership and the residents of Maine to beware.

Who are the Victims Here?

These major backers of Stand for Marriage PAC will do their best to play the poor victim. They like to say that their contributors are being targeted simply because they give money to “preserve marriage.” That’s what they did in California after running a very nasty campaign and spending $40 million to take away marriage equality from millions of Californians.

Let’s be clear. They are NOT the victims here. The Mormon Church and its coalition have qualified and passed Constitutional Amendments in 30 states to yank away civil rights from gay and lesbian Americans.

The Mormons began this fight in 1988. They have been destroying lives, intimidating people and demonizing an entire class to solidify their base and raise millions and millions of dollars.

After two decades of assaulting the LGBT Community, we are now fighting back with our talent, our numbers, our friends, our money and our purchasing power. They are not the victims in this equation, and even the best PR by all of their consultants cannot rewrite history.

We have reviewed the very first finance report which was recently filed by Stand for Marriage PAC, the group trying to repeal Maine’s same-sex marriage law.

It appears that there are already questionable activities.

Stand for Marriage PAC reported raising $343,689.50 during the period April 1 to July 5, 2009. We found it very suspicious that of that total, only $400 was given by individuals. The balance of $343,289.50 was contributed by various religious organizations and James Dobson’s Focus on the Family. That means that individual contributions to repeal gay marriage in Maine are only .001% of the total raised.

Are the proponents trying to hide the identities of those contributing to their campaign? Are they directing all contributions to existing organizations, who then gave the money to Stand for Marriage PAC? This appears to be the case.

If this is true, would it not be considered money laundering?

We have been very active and have closely tracked all the money that was raised to pass Proposition 8 in California last year.

Californians Against Hate was the first to uncover the vast involvement in the election by the Church of Jesus Christ of Latter-day Saints (Mormon Church). Our extensive research revealed that the Mormon Church had its members in California and around the country give approximately 75% of the $40 million that was raised to pass Prop 8.

On November 13, 2008, just nine days after the election, we filled a complaint with, the Fair Political Practices Commission (FPPC), your counterpart in California. Our complaint alleged that the Mormon Church had spent a tremendous amount of money in non-monetary contributions that they never reported, which is required under California election law.

We submitted evidence supporting our claim that the Mormon Church ran out of state phone banks, produced 27 slick commercials (that ranged from 30 seconds to 8 minutes long) and put them on their elaborate web site

Preserving Marraige.org for all to see. We also asked the Commission to investigate the Mormon Church for bussing people from Utah to California for precinct walking, sending out extensive direct mail and numerous other activities.

Eight days later, the FPPC announced that they were launching an

unprecedented investigation into the Mormon Church (Case # 08/735) as a result of our complaint.

On March 19, 2009, we filed a supplemental complaint with the FPPC. We received hundreds of secret Mormon documents that show exactly how involved the Mormon Church has been throughout the country in fighting same-sex marriage. The documents reveal how the Church established front groups to wage their battles, and shield the Church from any negative publicity

We believe that the Mormon Church established the National Organization for Marriage (NOM) in May of 2007 for the express purpose of qualifying Proposition 8 for the California ballot. This was done in conjunction with leading Catholic organizations such as the Knights of Columbus, the U.S. Conference of Catholic Bishops and James Dobson’s Focus on the Family.

It is no coincidence that these are the exact same groups that are funding and leading the effort to repeal Maine’s recently passed same-sex marriage law.

We believe that only Focus on the Family had money in its treasury. The other groups raised money expressly for the campaign to hire the professional signature gathering firm to qualify the referendum.

They are trying to hide the true identities of those contributing to the campaign.

It certainly sounds like money laundering to us. We hope that your office will investigate the genuine sources of the funds contributed to Stand for Marriage PAC.

The Mormon Church appears to be using the National Organization for Marriage to fight same-sex marriage all over the Northeast.

They admitted as much in a

Washington Post story on May 29, 2009. A spokeswoman in Salt Lake City declined to say whether the church is involved in debates going on in the Northeast except to say, “…that leaders remain intent on preserving the divine institution of marriage between man and woman. The faith holds that traditional marriage transcends this world and is necessary for the fullness of joy in the next life.”

It sure sounds like the Mormon Church is involved to us.

On our web site

Mormongate.com, we describe the formation of NOM. This was done at the very highest level of the Mormon Church – the President and the 12 Apostles.

You can see exactly how they operated in Hawaii in order to skirt state election laws there. They funneled money through Hawaii’s Future Today, which they established to fund that state’s campaign to ban same-sex marriage.

In the near future, we will be releasing other official Mormon documents that explain how this happened in other states.

If we can be of any assistance in your efforts to monitor Stand for Marriage PAC, please to not hesitate to call upon us.

1 thought on “Money Laundering by NOM in Maine Election?”